The Dirty Pipe vulnerability is a flaw in the Linux kernel that allows an unprivileged process to write to any file it can read, even if it does not have write permissions on this file. This primitive allows for privilege escalation, for instance by overwriting the /etc/passwd file with a new admin user.

This vulnerability could be used for breaking out from unprivileged containers, including in Kubernetes environments. In this post, we will present a proof-of-concept exploit allowing an attacker having compromised such a container to escape to the underlying host and gain host-level administrative privileges.

A Primer on container runtimes and the OCI specification

Kubernetes supports container runtimes that implement the Kubernetes Container Runtime Interface (CRI) specification, such as containerd or CRI-O. Container runtimes are responsible for pulling images from registries, managing them on the host, and creating lower-level Linux processes that are properly segmented from each other.

Creating low-level containerized Linux processes is a somewhat complex task that requires setting up control groups and kernel namespaces to ensure the process runs in a logical container and cannot, for instance, access the file system of other containerized processes. In reality, container runtimes don't create low-level processes themselves. Instead, they invoke a lower-level runtime that implements the Open Container Interface (OCI) runtime specification, the most common of which is runC.

Breaking out from containers

When runC creates a containerized process, it proceeds as follows:

Over the years, several vulnerabilities have been discovered in runC that allow a malicious process to break out from an unprivileged container. In particular, CVE-2019-5736 is a well-known vulnerability in which a malicious container entrypoint could overwrite the runC binary on the host, hence gaining root privileges.

This vulnerability takes advantage of the fact that, when execve is called to execute the user-supplied entrypoint, the file at /proc/self/exe—available inside the container—is associated with an open file descriptor for the runC binary on the host. Consequently, a malicious process inside the container could write to this file descriptor, overwrite the runC binary on the host, and escape from the container. See here for a proof of concept by Yuval Avrahami.

To remediate the CVE-2019-5736 vulnerability, the runC team implemented a patch that clones the runC binary before executing it, to ensure it could not be overwritten from inside a container. About a month later, the runC team changed this behavior again to take advantage of kernel cache page sharing by mounting the runC binary inside the container read only. We'll see in the next section how this performance improvement makes Dirty Pipe exploitable for container escape.

Thanks to the exploitation primitive the Dirty Pipe vulnerability provides us—that is, the ability to overwrite any file we can read—we have the ability to overwrite the runC binary on the host. This overwrite is not persistent and happens in the kernel page cache, so the original runC binary is left untouched on persistent storage and can be recovered by dropping caches or rebooting the machine. Regardless, it allows us to escape the container.

Our PoC exploit is similar to the exploitation of CVE-2019-5736. It runs inside an unprivileged container and works as follows:

Our full container breakout exploit code (derived from the original proof of concept of Max Kellermann) is available on GitHub.

First, we start by running an unprivileged pod that is modeled on a pod that gets compromised by an attacker, for instance through a standard web application vulnerability. The pod specification doesn't have anything special, so the same exploitation steps can be taken by an attacker tricking a system administrator or deployment system into deploying an attacker-controlled malicious container image.

The entrypoint of the container in this pod is a bash script waiting for a runC process to run inside the container. It then uses the Dirty Pipe exploit to overwrite the runC binary on the host with a malicious ELF binary:

We modified the original Dirty Pipe proof of concept to overwrite the target binary with a malicious one that runs the commands id and hostname, writing their output to /tmp/hacked.

The pre-requisite for the exploit to be successful is that a legitimate user runs a kubectl exec command in the container, causing runC to be executed in the same PID namespace as our malicious bash script.

In the output of our malicious shell script, we then see:

If we connect to the worker node, we notice the runC binary has indeed been overwritten with our malicious executable!

Still on the worker node, we notice our malicious commands have indeed been run as root, as the file /tmp/hacked can testify:

While we used a benign payload for the sake of illustration, one can build a stealthier backdoor that executes malicious commands before invoking runC, making exploitation much harder to notice, or establishing persistence on the underlying host.

The initial patch for CVE-2019-5736 would have prevented this type exploitation since we'd have only managed to overwrite a copy of runC. However, the follow-up commit, which takes advantage of the kernel page cache and configures runC to bind-mount its binary as read only in the container, makes it possible to use the Dirty Pipe vulnerability.

We can confirm that clearing the kernel page cache "reverts" our overwrite of the runC binary.

Similarly, running the exploit against a custom version of runC that disables the read-only mount of the runC binary inside the container neutralizes the exploit.

Container workloads should not run as root. Under normal conditions being root inside a container doesn't immediately allow to escape, but it often makes it easier to break out when combined with a vulnerability such as Dirty Pipe.

Here are some recommendations to gain assurance that containerized Kubernetes workloads don't run as root inside containers.

These hardening practices can be enforced at runtime through Pod Security Admission (Kubernetes v1.23+), which replaces the now-deprecated Pod Security Policies, or by using an add-on admission controller such as Kyverno or OPA Gatekeeper.

Ensure only images from trusted registries can run in your cluster

As discussed earlier, the Dirty Pipe vulnerability can be leveraged for full host compromise if an attacker manages to deploy a malicious image in your cluster.

To reduce the likelihood of this happening, the best practice is to ensure that only images from container registries you trust can be run in the cluster. This is typically implemented through a validating admission controller such as Kyverno or OPA Gatekeeper.

If your container registry supports image signing, you can also use an admission controller to verify the provenance of your images and ensure they have been signed with a specific private key as part of your standard build process. See for instance: Signing container images in the GitHub Container Registry or GCP Binary Authorization.

Using AppArmor or SELinux to limit file system, kernel, and network activity that containerized applications can perform is a powerful way of preventing common privilege escalation vectors. AppArmor is generally considered easier to get started with, using tooling like bane to generate profiles and security-profiles-operator to easily deploy them on worker nodes.

How Datadog Can Help

Datadog Cloud Workload Security leverages real-time detections based on eBPF to identify common privilege escalation methods in virtual machines and containers. In particular, as of version 7.35, the Datadog Agent is able to detect Dirty Pipe exploitation in real time.

Datadog Cloud SIEM leverages audit logs from the Kubernetes API server to identify when someone uses kubectl exec against a running container, which might be used as a vector to trigger a container escape.

Similar to the infamous CVE-2019-5736, the Dirty Pipe vulnerability can be exploited with minimal user interaction to achieve a breakout from an unprivileged container. For more information about the vulnerability, including how to use Datadog to detect whether it is being exploited within your systems, refer to The Dirty Pipe Vulnerability: Overview, Detection, and Remediation. 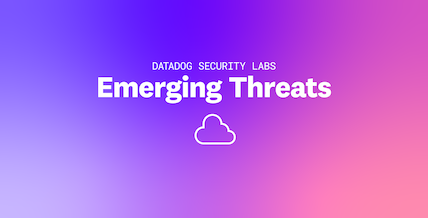 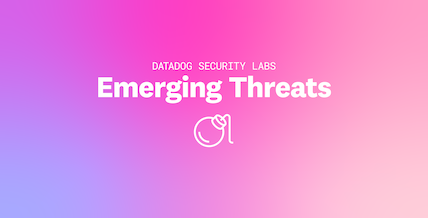